This article first appeared in The Guardian, October 19th 2016.

A border is a question. In fact, a border poses a whole series of implied questions; such as “can you cross me?”, “will you cross me?”, “what am I doing here in the first place?” and maybe most importantly: “Will you be someone else on the other side?”

Writers relish questions. They’re what propel narratives, for one thing, but more importantly, I believe good books are themselves sprawling, messy questions, tens of thousands of words long.

And borders are especially intriguing to writers, I think, because they are the physical representation of liminality – the threshold between different (literal and metaphorical) states. Since so much writing is about change, it’s endlessly fascinating to look at the indefinable moment when one thing becomes another. (And of course, there’s the negative to this: when a border is impossible to cross, when we are trapped, unable to be where we want to be or who we want to be.) And if we do manage to cross the border, what then? What will it cost us? Will we become someone new? Or is it true, as Horace said, that the traveller changes the sky above their heads, but not their soul.

I set Saint Death in Mexico, as close to the US border as is possible, for all these reasons, and I chose one of the places where what already exists of the infamous “wall” simply stops. Just west of Juárez, in the Colonia de Anapra, the 20ft-high composite fence of wire and steel plate runs out. Here, at some imprecise spot, Mexican sand becomes US sand. Crossing the border here is entirely possible physically, yet potentially comes with the highest price tag of all.

1. On the Black Hill by Bruce Chatwin
If you’re going to write about borders, one way is to make maximum use of the symbolism. Chatwin’s beautiful, melancholic tale sweeps through the lives of twin brothers in a farmhouse where “one of the windows looked out over the green fields of England: the other looked back into Wales” and of which it was said that the border ran right up the staircase. As befits borders, much of the book is about loyalties, nowhere more apparent than when the recruiting officer comes to town, looking for Welsh boys to send to a different kind of frontier, in the fields of France.

2. Goodbye to All That by Robert Graves
It was at the western front, in real life, that Graves commanded a detachment of Welshmen from Chatwin’s borders. In one passage here, a certain Captain Furber makes a bet with another officer – that the frontline trenches would not shift more than a mile over the next two years. Everyone laughed at Captain Furber. He won the bet.

3. Stamboul Train by Graham Greene
Greene’s self-confessed attempt to “write a book to please” uses the old writers’ trick of the world in microcosm as he outlines the fates of a group of passengers aboard the Orient Express. Borders aplenty are swiftly crossed, but this is an uneasy journey, full of tension and suspicion, and antisemitism is never far away. It’s here, too, that we see someone actually question the notion of borders, as Dr Czinner, teacher and revolutionary, cries out: “How old fashioned you are with your frontiers and your patriotism!” But this is Europe in the mid-1930s, and the world was about to see the ultimate dark face of such concepts.

4. The World of Yesterday by Stefan Zweig
Like Thomas Mann and Hermann Hesse, Zweig was one of the German-speaking writers who fled before nazism. This autobiography was posted to his publisher the day before he and his wife took their own lives in despair at the bleak future of Europe. It’s fascinating, poignant, and touches on that mysterious thing about borders: how people can be smoking pipes and reading papers and fishing on one side of a border and at war just the other side; “In the moment of crossing the border I was already thinking differently, more freely, more actively.”

5. The Crossing by Cormac McCarthy
Such musings are echoed by a line in the middle book of the excellent Border Trilogy. In the scenes in which young Billy Parham heads south on horseback, with a bound and wounded wolf in tow, McCarthy tells us they “crossed sometime near noon the international boundary line into Mexico, State of Sonora, undifferentiated in its terrain from the country they quit, and yet wholly alien and wholly strange”.

6. Juárez: The Laboratory of Our Future by Charles Bowden
Bowden’s journalism puts many a novelist to shame – the prose in all his books about Juárez is superb: electric, angry yet cool, brutal. The subtitle of this book, published almost 20 years ago, spells out not just his chilling vision of the future of Mexico’s most infamous border city, but our own if we continue to build fences between the rich and the poor. 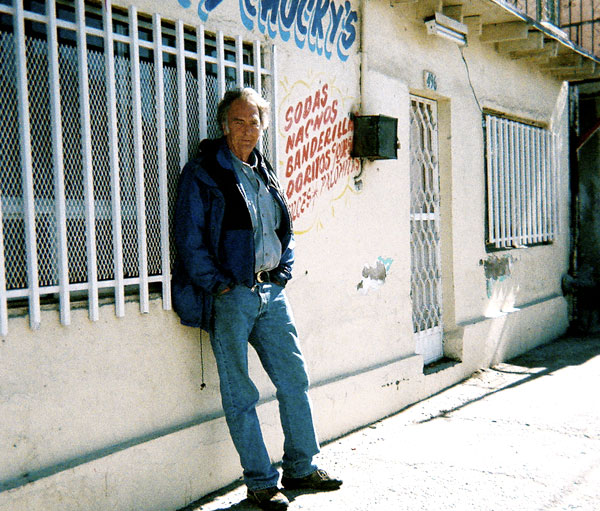 7. Signs Preceding the End of the World by Yuri Herrera
It’s in this same modern borderland that Makina, the pawn-like protagonist of Herrera’s short and mystical novel finds herself. Finding himself the go-between of drug lords, Makina moves between worlds, not just those of Mexico and the US, but between different states of being and thinking. Was Horace right in his pessimistic account of travel? Is all that changes the sky above our heads? Or is there, as the next book suggests, salvation to be found? 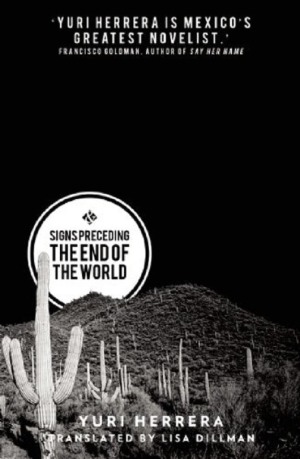 8. Follow the Rabbit-Proof Fence by Doris Pilkington Garimara
A rare note of hope in this list, Garimara’s book is based on her mother’s experiences as one of the Stolen Generation of Indigenous Australian children forcibly removed from their families by government agencies. Incarcerated in the Moore River internment camp, Garimara’s mother, sister and cousin managed to escape, and then, with poetic justice, followed a different fence – the Western Australian pest control fence – back north in order to find their way home, a journey of nearly 1,000 miles.

9. The Handmaid’s Tale by Margaret Atwood
The foregoing fences have been very literal ones; Atwood’s seminal feminist dystopian novel gives us both literal and metaphorical borders. There’s the Canadian border over which Offred and Luke tried to escape before her indoctrination as a handmaid. There’s also “the Wall” (once Harvard) upon which traitors of various kinds are hung. But what the novel is really about is gender boundaries, where roles are assigned and rigidly enforced.

10. Coasting by Jonathan Raban
Written around the same time as Atwood’s response to the step back in women’s rights during the Reagan era in the US, Raban’s account of his journey around the coast of Britain in a sailing boat is most notable for its reflections upon Margaret Thatcher’s period of greatest social and political power. Listening to the House of Commons debate on the Falklands war while moored snugly by the Devon coastline, he turns off the radio in disgust. Raban finds that it’s when we step outside something that it can be most clearly seen, which in his case led him to leave Britain for good, just as Robert Graves did decades before; finding himself a stranger in his own land, he left the island. Goodbye to all that, indeed.