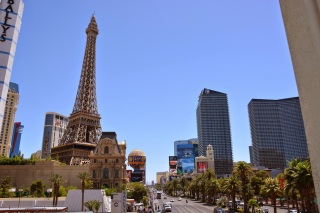 That’s where Lady Sedgwick and I were headed, for ALA 2014 and the evening when I would pick up the Printz Award, but we took the chance to have a little American road trip before that.
First up was Stockbridge, Massachusetts. A small and very pretty town in The Berkshires, and the reason for going – to pay homage to the American branch of the Sedgwick family, to whom I am VERY distantly related. The Stockbridge Sedgwicks were notable for some ‘characters’, including Edie Sedgwick, Andy Warhol’s muse back in the day, and Kyra these days. Even further back in the day, ‘Judge’ Theodore Sedgwick was quite a gentleman – he defended ‘Mum Bet’, then a slave, in her attempts to be freed in one of the first test cases for the true meaning of the Declaration of Independence’s ‘All men are created equal’. They won, she became Elizabeth Freeman, and came to work for Theodore. He must have thought pretty highly of her, because when he came to design the very unusual cemetery plot in Stockbridge, she found a place reserved for her.
It was this cemetery that we’d come to Stockbridge to see: it’s unique; a circular cemetery; with a series of concentric rings radiating out from the Theodore’s monument in the centre.

There are generations of Sedgwicks here; the idea of the circularity being (rather amusingly) that on Judgement Day, as they arise from their tombs, Sedgwicks will only have other Sedgwicks to look at. Superb snobbery 🙂
Also in the cemetery, another notable Sedgwick, and the one I am most proud of; Ellery Sedgwick, who was a magazine publisher, and just happened to be the first person to publish Ernest Hemingway, in Atlantic Monthly. I’m not claiming this took amazing insight; I suspect Papa would have made it as a writer anyway, but nonetheless, I’m very happy that he did, because I have always loved Hemingway’s writing. Ellery’s grave, like so many, is rather beautiful.

Time to move on.
And our next destination was here, once upon a time a Kirkbride hospital, an extraordinary type of Lunatic Asylum built at the end of the 19th century across the States. This one, in Danvers, MA, is now an apartment block, many others have been razed to the ground or are derelict. A Kirkbride hospital is the basis for the 3rd quarter of my next book; The Ghosts of Heaven.

If it was hot in Massachusetts, it was nothing for where we were heading; the gentle 110F of Nevada.

Never mind the clouds, they soon disappeared, and left no rain behind, as a short trip out in the desert proved. We passed a couple on Vespas, which looked very incongruous indeed. 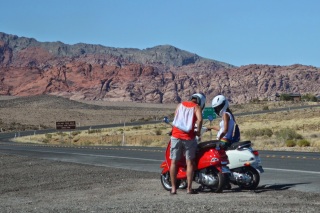 And then it was time for the Printz Award evening itself, a small and cosy affair with 5 or 600 hundred of my closest friends 😉

Here’s half of the room, the row at the front being the INCREDIBLY INTELLIGENT members of the Printz Committee, i.e. the wise and kind people who decided that Midwinterblood should win this year. 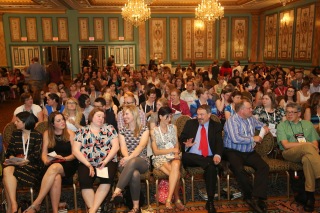 There really wasn’t time to be nervous; the way the Award works now is that Jennifer Lawson, chair of the judges, presented prizes to the Honor recipients (Sally Gardner, Rainbow Rowell, Clare Vanderpool and Susann Cokal) and within five minutes I was up to make my speech. And even then I couldn’t really be nervous, when faced with a room full of very, very friendly and welcoming librarians, who I now love very deeply indeed. 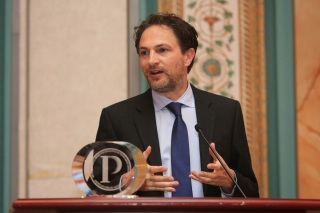 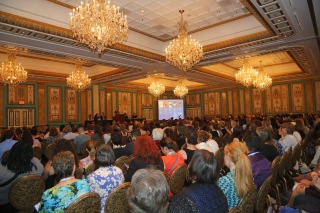