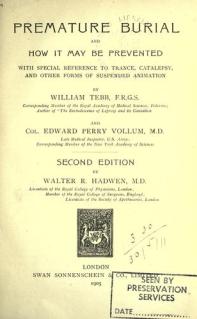 Here for your delectation I am going to put up a small piece of writing – the first thing I ever had published, as a teenager, which I recently re-discovered when at my mother’s house.

Back in the late Dark Ages (1985, I think) I entered a 500 word maximum horror story competition run by the fanzine of my favourite band at the time; Siouxsie and the Banshees. I will embarrass myself by telling you that I won, however, having just re-read the second place entry, I suspect these may have been the only submissions…

Nevertheless, I guess at the back of my mind, it may have planted the seed that it was actually possible to get your writing published, though at the time I was more pleased with winning a tour jacket.

The one thing is does show however, is that I’ve always been a gruesome little oik, and I present it here just as I wrote it, with a few spelling mistakes corrected, because it’s never too late to get your homework right.

The other thing it shows is that I was always destined to be spare with my writing – the limit was 500 words and I coasted in at 325. Such parsimony!

It’s called Just a Joke, and it goes like this:

The coffin of nurse Amy West had been exhumed, and now the crude box lay before me. As head surgeon of the city morgue it was my duty to perform an autopsy; demanded by the Police; only now after her burial. She had apparently died of fright. I opened it; my assistant choked as he gazed in; ‘oh Lord.’ My eyes fell to the lid’s interior. The cheap wood was scratched as if by wild animal’s claws, and was stained dull red in places. Then my view sank to the girl, to her fingers; a bloody mess, to her ripped nails, to the huge splinters piercing the once sensitive flesh, exposing bone, to her bloodied dress, and finally to her dry eyes, staring from a face frozen in fear… ‘She wasn’t dead.’
So what had happened..?
As a student nurse she had initially been squeamish, like all the other students, except one girl who never spoke to the other nurses, except to make cynical remarks about their lack of guts. Naturally the other girls hated her, but when they observed an amputation for the first time, they saw her smiling, and they decided to get even for her callousness. Amy was supposed to take the amputated arm to be incinerated, but this is not what she did. That night the nurse took the arm, daubed it with green fluorescent paint and hung it in the strange girl’s room, so that it reached towards the door. They waited next door in Amy’s room for their victim to come off nightshift. Eventually footsteps stopped at her door and went in, then, nothing… Two minutes of silence, then Amy nervously went next door. Seconds later a chilling shriek caused the others to scramble out after Amy, just in time to catch her she turned from the open door and fell, her face writing with confusion; and why…? Behind her, on the bed, the girl crouched, eating the arm…